If the City of Stockholm were a company, we would have made the Financial Times' 500-list over the largest enterprises in the world. The capital's service organisation employes around 40,000 people. 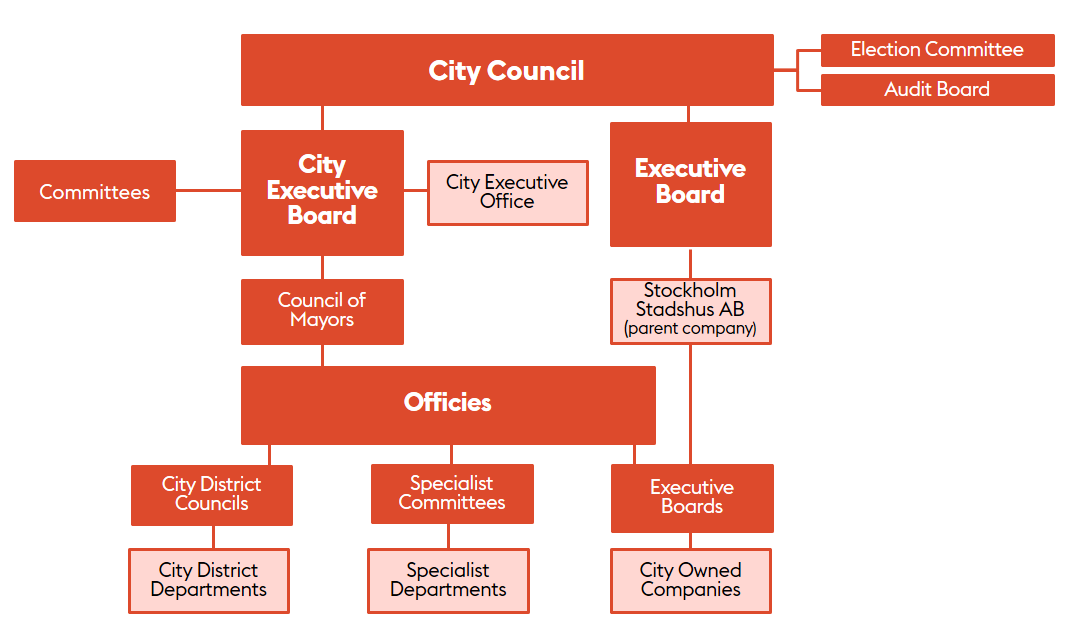 Anna König Jerlmyr (The Moderate Party) is the Mayor of Stockholm since 2018. Mayor König Jerlemyr is also the Chair of the City Executive Board.

The majority has a Mayor and nine Vice Mayors, and the opposition has five Opposition Vice Mayors.

Each Mayor of the majority is responsible for an Office. The Officies are in charge of one or more areas of operation.

The majority's Mayor and Vice Mayors:

Together the Mayor and the 14 Vice Mayors form the Council of Mayors, and they prepare matters for the City Executive Board.

The Mayor holds a special position chairing both the Council of Mayors and the City Executive Board.

Cecilia Brinck (The Moderate Party) is the President of the City Council of Stockholm since 2018.

The Presidency of the City Council

The Council convenes every third Monday, and their meetings are open to the general public. The Council has its own audit board, which examines the finances and operations of the entire municipality. The 101 councillors are appointed following general elections held at the same time as the parliamentary and county council elections. The City Council establishes goals and guidelines for the overall work of the city. The matters on which the councillors decide have generally already been drafted and discussed by various boards and committees. Once political decisions are referred for practical implementation, the city departments and companies take over.

Members of the City Council (in Swedish)

The City Executive Board

The Board is also responsible for the City’s financial administration and long-term development. The City Executive Board consists of 13 members, who represent both the majority and the opposition. Meetings of the Board are not open to the general public.

Members of the Executive Board

Brochure: How Stockholms is governed