How the smart city develops

Stockholm is carrying out hundreds of projects to make the city smarter. Here you will find a few examples of them.

The City of Stockholm operates a large number of digitalization projects in order to make Stockholm the world's smartest city. We develop new digital services that help simplify the life of Stockholmers. This covers everything from smart bins to new digital tools for teachers in the City's schools.

Around Hötorget, Vasaparken and several other places in Stockholm, smart bins are deployed. By December 2016, there were 153 of them.

The so-called Big Belly-waste baskets are fitted with solar-powered software, mobile devices and sensors that report in real time when they are about to become full and it is time for emptying. They also have built-in technology that packs the waste.

Regular bins need to be emptied 1–3 times per day. As the smart bins are solar powered and packs the waste, they only need to be emptied four times a week. This means fewer garbage collection runs, lower costs and reduced emissions. 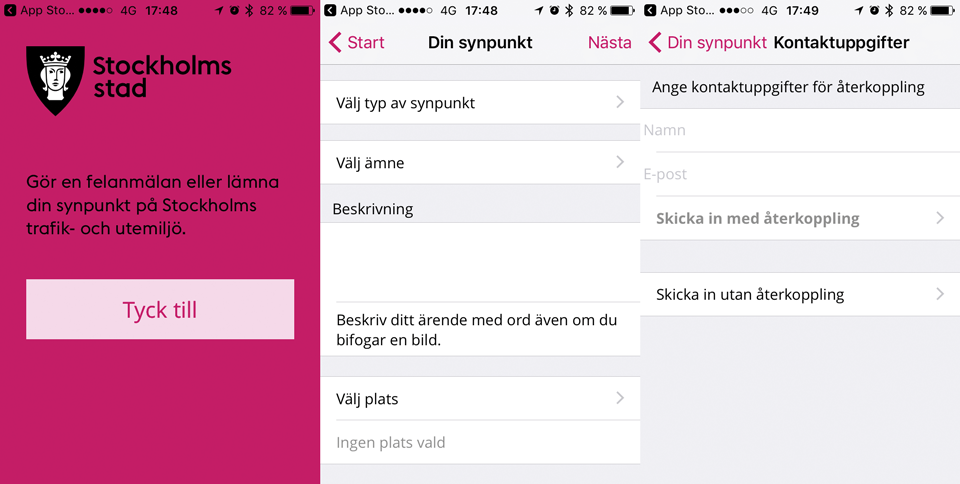 Make a suggestion is an e-service that in a short time has become very popular. It is available both at stockholm.se as well as in the form of a mobile app where Stockholmers directly on their smartphone can speak up or report deficiencies in Stockholm’s traffic and outdoor environment. This could for instance be an overflowing waste bin that needs to be emptied, a broken streetlight, graffiti or a tree branch that has fallen a cross a road. Images from the mobile camera can be attached when a service request is made. Messages sent in the app can be connected to the GPS position on the map and are integrated with business systems for construction management.

When the request is received, a management systems directs it to the correct unit that can place a work order with an entrepreneur who for example cleans up the graffiti. Graffiti is removed within 24 hours.

A digital lift is ongoing within the City's educational areas; WiFi in all school buildings, the establishment of a new educational platform, the procurement of new infrastructure that will respond to the needs of the schools, an administrative support to manage the schools' approximately 30,000 tablets and 45,000 computers to mention some.

Another is a tool for teachers to self-assess their digital maturity. Today, the self-assessment tool is used by the City's approximately 12,000 teachers in primary and secondary schools as part of the regular quality work. All secondary schools have raised their digital maturity since they started using the self-assessment tool. The greatest increase relates to knowledge sharing and the use of digital content in teaching, with an increase average of 30 percent since the tool was introduced. 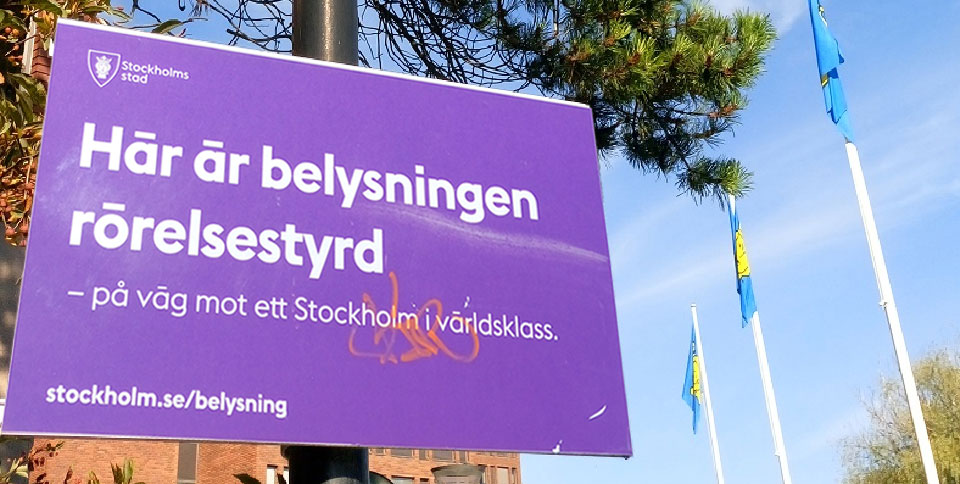 Projects with smart street lighting are ongoing in several parts of the City of Stockholm. The goal is to halve the cost of electricity for lighting using LED technology and motion sensors which allow light at full strength when someone approaches. The Traffic and Waste Management Administration will also initiate tests to control the lighting where each lamp is wirelessly connected via a so-called mesh network. 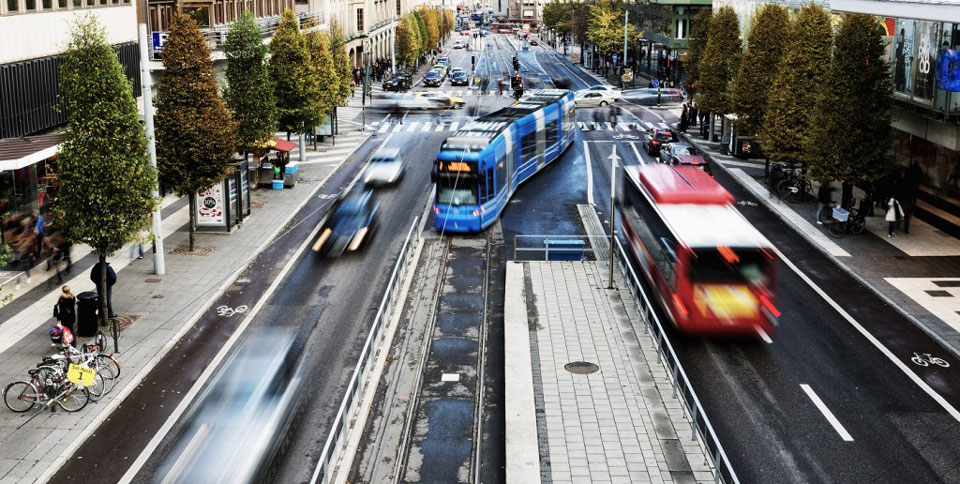 An example of a traffic management system that reduces travel time is the one that helps the blue inner city buses in public transport to keep the schedule, regardless of traffic.

The system allows buses that are more than a minute behind schedule to automatically receive priority at traffic lights. The bus sends a request to the traffic signal control system via the bus's radio unit. Buses are tracked via GPS and beyond that, the city has more than 4000 detectors in the ground to track vehicles– cars, buses, trams and bicycles. 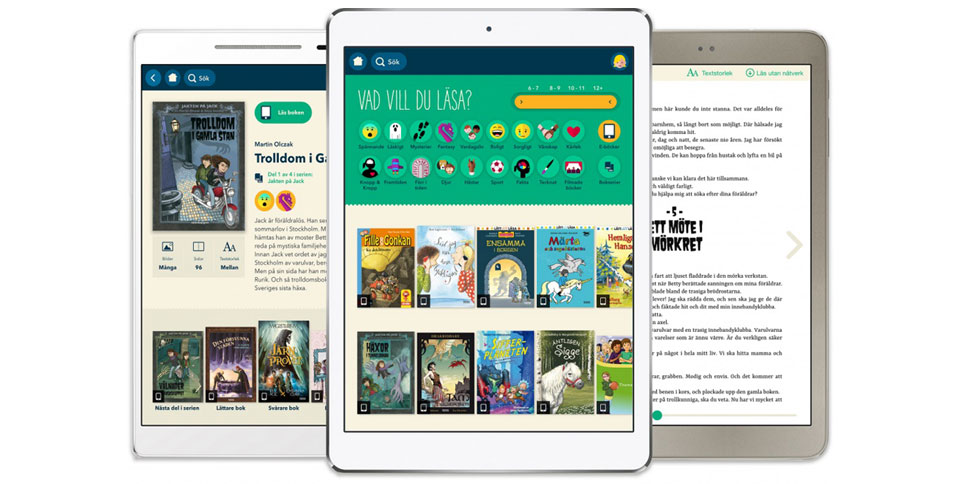 Bibblix is an app where children aged 6–12 can borrow e-books directly in the app. Bibblix combines reading inspiration with a large, professional selection of children's books. The app presents books in a way that is appropriate for children and meets their needs for information to find and read the books that interest them.

Bibblix is developed by the Stockholm Public Library, in cooperation with Malmö City Library and through grants from Kulturrådet (the Arts Council). Bibblix won The City of Stockholm's newly instituted Digitalization Prizein 2016. 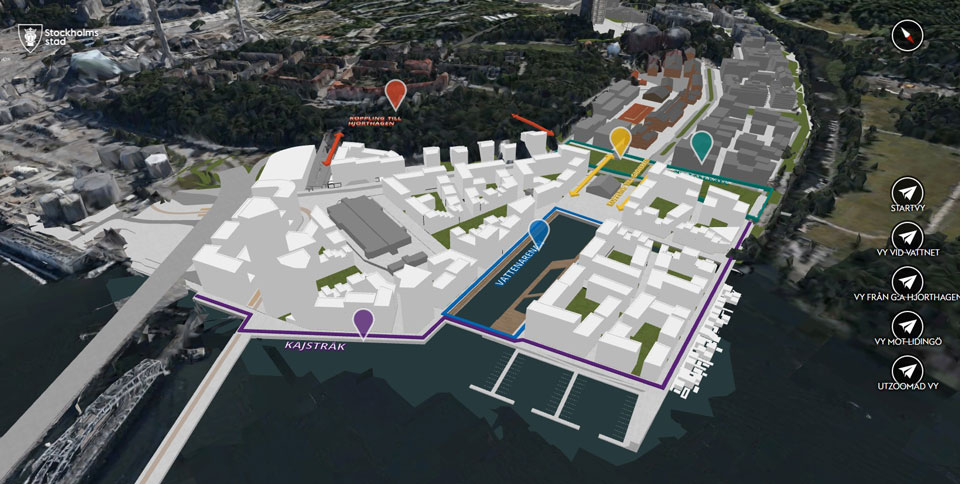 To improve opportunities for more Stockholmers to voice their opinions and ideas at an early stage in the planning process, the Stockholm City Development Administration is testing a digital citizen dialogue. This consists of a web interface where the planned buildings can be studied as 3D models. Information is provided by clicking the buildings and all who visit the dialog page can leave their own comments and suggestions as well as view ideas and suggestions left by others. 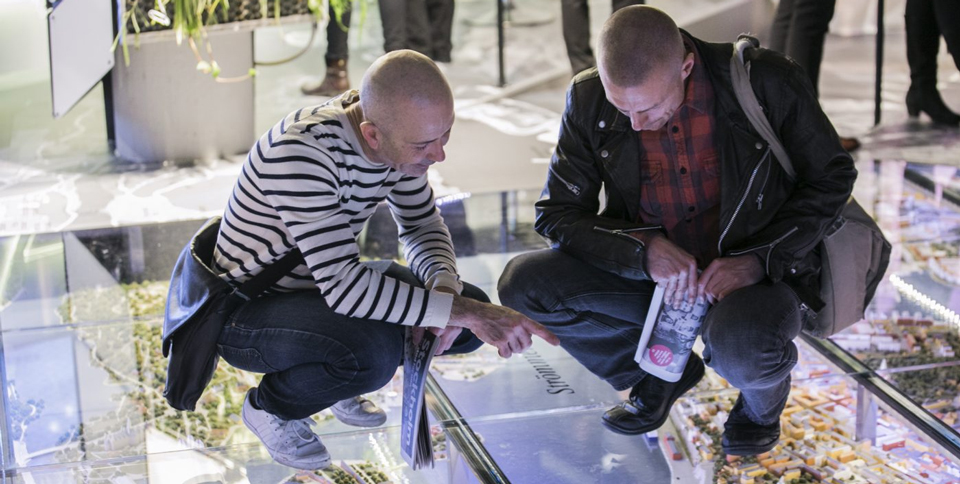 In Stockholmsrummet in Kulturhuset, the planned development of the city is made visible using photo-realistic 3D models. These are displayed on touch screens so that visitors can zoom in to the model and see detailed information about the planned projects.

Adigitalization of the city's parking meters is currently underway. Since the fall of 2016, new machines for digital parking are available on the streets of Stockholm. They are more energy efficient and solar-powered than their predecessors. The car's registration number is entered into the machine instead of getting a paper ticket. The information is then sent to a server that wardens are connected to.

Betala P (Pay P) is an app to pay for parking. Pay P has had a very positive development, and today about a third of all ticket purchases on the street level are done via cell phones – which corresponds to about 8000 purchases per day. This means that the number of paper receipts is decreased by approximately 2 million per year.