What the Stockholmers think about digitalization

It is the Stockholmers' needs, interests and opportunities that guide the development of the smart city. Here are some of the more than 3,000 replies given by Stockholmers in the survey that was conducted as part of the work on developing the City of Stockholm’s smart city-strategy.

When creating the strategy for Stockholm as smart and connected city, we asked citizens for their opinions through surveys, interviews and workshops. As one of the steps to understand how Stockholm can become smarter, we invited some 20 locals, of all ages and from different parts of the city, to focus groups in the City Hall. Furthermore, a digital questionnaire was answered by over 3,000 people.

Amongst the Stockholmers' suggestions for new digital services and smart apps they wish to see in the city shortly were travel apps that quickly show alternative routes when local traffic jams up and streetlights that light up when someone passes below them.

A significant amount of Stockholmer's consider the use of apps and e-services as an important aspect of daily life. Over 60 percent claim to use the latest technology regularly. Most also have a distinct opinion what kind of digital services and apps they think that the City of Stockholm should offer them in the near future.

Demoskop, a leading Swedish market research company, conducted a survey on behalf of the City of Stockholm as the city was developing its smart city strategy. Around 300 Stockholmer's were queried on how they currently use the city's e-services and what kind of services and apps they would like to see henceforth.

The survey shows that a significant share of the respondents request services from the City of Stockholm in a wide range of areas. The keenest interest is for housing- and environmental services, where close to 75 percent request the option to use e-services and apps. Moreover, the interest for digital services is nearly as sizable within areas of traffic- and city planning, culture, and recreation.

The current offering of apps and e-services scores a fair approval rating by the respondents. However, when asked about future services, it turns out that Stockholmer's have a bounty of ideas and suggestions.

A significant amount of ideas concern local travel. Many request smarter travel apps that may for example quickly display alternative routes when public transport congests. Some propose apps that point out what exits from the subway will allow a traveler to arrive quickest at their destination, and where to board the train to be able to reach a particular exit the fastest.

There is also a score of ideas and suggestions that concern digital services for visitors to Stockholm. Another frequently recurring theme is services based on ways of providing free wifi. 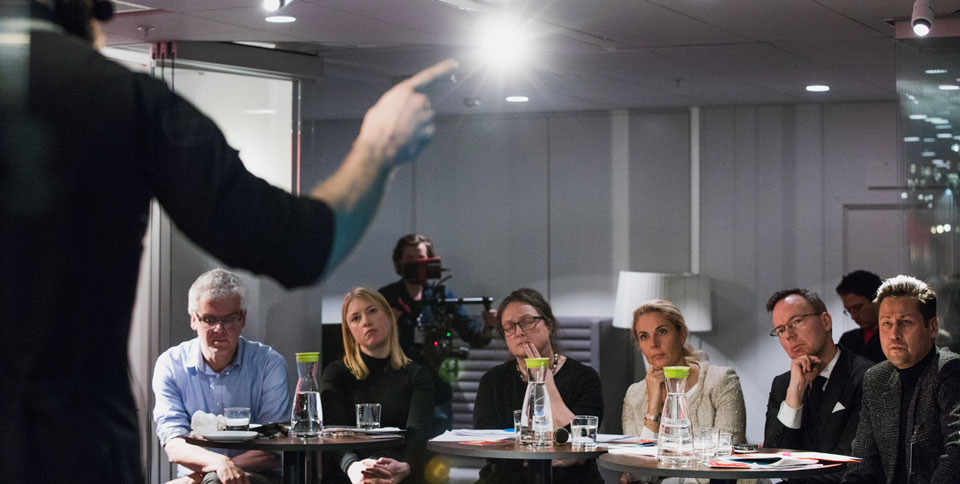 Ideas and suggestions from the survey

Below is a small set of ideas and suggestions on future services as suggested by the participants of the survey:

"Collect data from boats, busses, trams, GPS-coordinates, air quality, pollen, etc. and make it available to everyone as open data. Make an app for 'culture within 4 hr range' from where you're at so you can spontaneously visit events nearby. Place smart garbage cans so you'll know which ones to empty and which ones are unused."

"Smart street lighting that senses when someone moves around on the street and lights up more brightly. The remaining time it is dimmed or switched off."

"Make the digital services more visible out in the city. You shouldn't have to visit the official website to learn about all the services and possibilities. Think ads, stickers, ads in the metro and in buses. One should get the feeling of a big and connected network."

"An app or a function that will show you which exit from the metro you need to take to get to your destination the quickest."

"An app collection for citizens and an app collection for tourists. Through these more apps should be bundled, like taxi, civic services, bookings, the local public transport system, flights, etc, etc. Then add a payment layer for this. Think of Uber. Wifi should be freely available throughout the city and with usable bandwidth too."

"Tourist guides through an app. 8 loops in Stockholm!"

"A consistent app experience for all services regardless of what department is responsible. One access point should be enough, like the city official homepage or app."